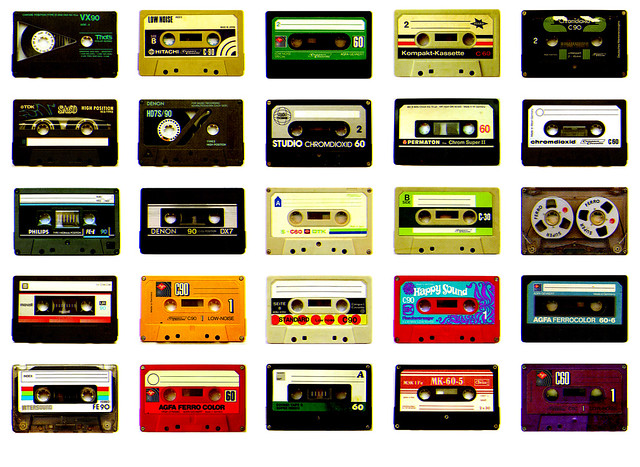 Two years ago I wanted to get back to the experience of listening to music as I felt it in the 90s. I believe I was able to do so by introducing a simple system.

In this blog post, I will share my motivation and how the system works for me. Hopefully, it will inspire some of you to get back to that intimate relationship with music that you had growing up.

Music has always been a big part of my life. It was closely connected to my emotions, the way I perceived the world around me and my place in it. I felt I lost this personal connection to music in the 21st century as all the world's artists became easily accessible and streamable.

I noticed that as I went through tens of LPs in the year 2017 I was hardly able to mention one album that spoke to me on a similar plane as the albums I listened to before the streaming era.

When I grew up (90's, a small city in Poland, Europe) music was all about scarcity. We listened to everything that we could get our hands on. My conscious musical taste has been developed by these three LPs and a lot of MTV.

As soon as I was able to get my hands on a cassette of an artist I heard on MTV or through peer recommendation I was hooked instantly. I could afford one/two cassettes per month so when I bought one, it would play on repeat through the following months.

I remember every single music store in my neighborhood and long hours of looking at the covers, asking the owners to play the selected cassette and taking it home.

I also remember my friend wanting to secretly stash a Pete Rock and CL Smooth CD at my house so that his other friend won't know that he stole it from him because he fell in love with it as soon as he heard it.

Music was social media. We talked about it, shared and copied it, experienced it together and were a part of the punk/heavy metal/hip-hop/grunge subcultures. What you listened to was basically who you were. It was serious and emotional.

I still have certain LPs that take me back in time to certain situations - first beer, teenage suicidal thoughts, triggers to writing poetry, etc. It's probably mostly nostalgia, but I felt that it's still possible to recreate this emotional bond with music in today's world of sonic abundance.

The system I came up with is simple. Since it supposed to reproduce the way I listened to music in my youth, it’s about repetition (duh) and variety:

Similar to buying one cassette in my youth and listening to it on repeat.

To have an emotional connection and opinion about something, you have to observe it closely from various angles. To develop a closer relation to an LP one has to listen to it for more than 10 times with a changing environment in the background (different surroundings, different times of the day, while doing different activities, etc.). After a couple of consecutive sessions with an LP, I'm either ready to develop a closer emotional bond with it, appreciate it for some specific reasons, or completely ignore it.

Getting your hands on whatever is available sounds like my teenage years. I've bumped into a cool 80's punk rock band in my dad's LPs collection? Cool - bring it on!

One would go mad if she'd only listen to one LP in circles. That's where variety comes in. It's also good to listen repetitively to a couple of selected LPs from different genres, one after another, so that you can figure out what you're currently looking for in music.

My "4 this week" system is a Spotify playlist that I create every Saturday and listen on repeat for the upcoming week.

After the first couple of months, I've noticed that I'm paying more attention to what I'm listening to. The system helps me in creating an emotional bond with selected LPs and artists. Once again I connect specific music releases to specific situations (having a new job, struggling with some family stuff, etc.)

This also puts the albums and artists in context, defines what I'm currently looking for in music and pinpoints the best LPs I listened to while using the system. It also helps in developing playlists:

Finally, this excercise is also about paying respect to the artists. The more you listen to their tracks, the more money they earn and the bigger the chances are that you're going to buy your favorite artist's LP, merch or attend a gig.

Thanks to the system I was also finally able to pinpoint my best LPs for the years 2018 and 2019.

After listening to a Mozilla podcast on digital carbon footprint I also decided to download the playlist to all my devices every time I compose it so that it's more eco-friendly and doesn't generate the power needed to stream the albums from the cloud.

I hope that this post will inspire some of you to once again emotionally bond with your favorite musicians and help you pay attention to what you're currently listening to.

If you have a system that lets you be more focused on the artists and music you can't live without then feel free to let me know at @wojtekidd.